PIR is proud to announce The Kids Club for 2013!

Pittsburgh, PA (January 28, 2013)  The National Dirt Racing League is excited to announce the addition of singer, songwriter, musician, and actor Cody McCarver who will provide entertainment at select NDRL special events during the 2013 season.

‘We wanted to do something extra for everyone that comes out to support NDRL events and the facilities that are a part of these events,’ NDRL Owner John Kennedy stated, ‘Cody has a love for the sport and wanted to be a part of what we have going on with the NDRL. Cody’s concerts will be a part of our events and all fans in attendance are invited to enjoy the music of Cody McCarver.’ 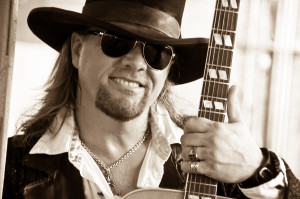 After 12 years in the multi-platinum selling band Confederate Railroad, performing an average of a 100 shows a year. Cody went out on his own in 2009 and recorded his first solo CD, simply titled ‘Cody McCarver’.  His first single, ‘Red Flag’, would garner him a Top 25 single and a #1 video for 12 consecutive weeks on CMT Pure and Music Row Magazines’ Independent Artist of the Year.

‘Through Gods Eyes’ was followed by the patriotic anthem ‘I’m America’ with an accompanying video featuring Charlie Daniels. That video also went to #1 on CMT Pure. The single, ‘I’m America’, led Cody around the country doing over 30 shows for our American Troops, in conjunction with Operation Troop Aid and the Wounded Warriors program.

The next single, ‘White Trash with Money’, also garnered Cody a #1 Video on CMT Pure and a Top 20 Single on the Music Row Chart! Cody wrote and recorded the title song from the film ‘Outlaws & Trains’. In 2011 Cody hit the road on the ‘Outlaws & Trains Tour’ with the legendary David Allen Coe!

The solo self-titled CD has garnered #1 video’s, Top 20 singles and brought Cody into an acting career. His next CD, titled ‘I Just Might Live Forever’ features three songs written by Cody McCarver featured in full length motion pictures; ‘Outlaws & Trains’ (Cole Younger and The Black Train), ‘Let’s Get Dirty’ (LA Dirt), and ‘I Just Might Live Forever’ (Billy The Kid).

For more information on Cody McCarver or the National Dirt Racing League please visitwww.codymccarver.com or www.theNDRL.com

Permanent link to this article: http://paducahracing.com/2013/03/ndrl-pre-and-post-race-activities-featuring-musician-cody-mccarver/